Once the rainy season lets up we enter summer right away. It is hottest and muggiest near the end of July until mid August. A great time to head to the beach for a swim at Takeno Beach or Kehi Beach. At Takeno you can enjoy various marine sports in the Sea of Japan, including kayaking, SUP, snorkeling and more.

Don’t think that because there is no snow that there is no reason to go to the mountains in Kannabe. There are still plenty of outdoor activities to be enjoyed. With the schools on summer vacation families from all over the Kansai area also flock to the mountains for camping, playing in the rivers, and hiking. One of the most lively seasons. From mid July to mid August you will find small and large summer festivals happening almost every weekend. The smaller neighborhood festivals along with the larger town festivals all have yatai or food booths lined up selling festival foods. Some of the most popular and common foods are tako-yaki, yaki-soba, kaki-gori, karage, tai-yaki and more. Then at the larger town festivals you can see an impressive display of fireworks. The biggest ones are at Takeno. This festival is one of the first festivals in the area, kicking off the festival season with a great fireworks show over the sea. Toyooka also has another big one that lasts two days. On the first day locals dance up and down the main street in front of Toyooka Station to the town’s obon song. The second day is when the food booths line the street closer to the Maruyama River. Then at night fall on the second day everyone gathers at the river to watch the fireworks. While Kinosaki Onsen has small fireworks displays every night during the week for a month from mid July to mid August. Out of the four seasons, autumn is favored by locals because temperatures are comfortable, the mountains turn beautiful reds and golds, and there are many seasonal foods.

There are lots of places to see the famed fall foliage of Japan because we are blessed to be surrounded by mountains. Some of our favorite spots to go and see the fall foliage are the Ase Ravine in Kannabe, Onsenji Temple in Kinosaki Onsen, and ginkgo trees near Yutorogi Onsen in Kannabe.

The views on the mountains don’t stop at the tree lines. From around October to November if conditions are just right hike to the top of Mt. Kuruhi next to Kinosaki Onsen just before sun rise. When the sun breaks you will see a sea of clouds below, making the mountain peaks seem as if they are small islands floating in the clouds. This is a natural phenomena in which fog and strata clouds cover an area due to radiative cooling in mountainous areas like here. Even though summer is over there are still a few festivals in the fall worth a visit. The two most popular and biggest festivals are in Kinosaki Onsen and Izushi around mid October every year and are commonly referred to as the “fighting festivals”. Traditionally called danjiri matsuri these festivals are focused around lavishly decorated portable shrines that represent the local gods. Kinosaki Onsen’s “fights” are stagged and are more for show. While Izushi’s on the other hand are closer to an organized street fight. Izushi’s “fights” start when two opposing shrines smash and ram into each other. The object is to be to destroy the opposing shrines and be the last shrine standing. Because the shrines are made to be destroyed they are not as lavishly decorated as Kinosaki’s. Winter in the area is normally from mid December to Early March. With average temperatures hovering around or below freezing.

While we usually do get snow during this time it is getting harder and harder each year to predict when it will snow, if it will snow, and how much it will snow. Some seasons we will only get a few centimeters in the lower elevations and a couple meters in the mountains, others both the mountains and lower elevations including the seaside will see several meters. The area is very beautiful when covered in a blanket of white. This is also a popular time for Kannabe Mountains and Kinosaki Onsen hot spring town.

Kinosaki Onsen sees a surge in visitors during this time because it is also crab season here in Japan. Kinosaki Onsen offers some of the freshest and tastiest crabs around. All the ryokan serve their own preferred crab specialty dinners, with the majority of the crab being brought in daily from the nearby port of Tsuiyama. Snow crab is among the most popular crab. Winter not only makes for good conditions for the plumping of crabs but is also a great season to enjoy the warmth of the hot springs. Kannabe Mountains also become an extremely popular destination for people of Kansai. It offers some of the best skiing in the area with 3 ski resorts. Up Kannabe, Oku-Kannabe and Manba Ski Resorts open for the season around the end of December depending on snowfall for that season. If you are a beginner skier or snowboarder Up Kannabe is the best choice. It has been praised by ski instructors as having optimal beginner runs, ones that they would find best for teaching first-timers on. Don’t wanna lug your gear all the way to Japan? Totally understandable. You can rent EVERYTHING from the mountains from gloves to ski suits to skis and boards, as well as sleds for the sledding hill on Up Kannabe.

Spring
Late March to Mid May Without a doubt the stars of spring are the cherry blossom trees. Sakura trees will bloom depending on the temperature, weather and type of cherry blossom tree they are. Normally the trees in Kinosaki Onsen, Takeno, Izushi, and Tanto will bloom earlier than the ones at the higher elevations in the mountains of Kannabe. On average they tend to start to bloom anywhere from the last week of March to the first week of April and will bloom for about one week before falling to the elements. If you do miss the ones in Kinosaki Onsen or Izushi you can try your luck and timing with the ones in Kannabe.

A great walking course to see the sakura in the day or night is in Kinosaki Onsen along Kiyamachi Street near Ichino Yu hot spring bathhouse. Sakura line the small canal and create a soft pink canopy for nearly 1km going all the way back to the ropeway. At night the pink lanterns glow softly creating a romantic atmosphere perfect for an evening stroll.

Spreading out a sheet under the blossoms and enjoying the blooms while snacking on a pack lunch is also a traditional past time to be had here in Japan and is called hanami or flower-viewing. A couple great places to do this are at the foot of the Izushi Castle ruins or up in the mountains of Kannabe. Be aware that it is still chilly this time of year so it is best to bring a warm jacket with you. Sakura are just the appetizer, very delicious appetizer, that comes before the rest of the spring flowers and scenes. From mid April the countryside of Tanto explodes in colors when the thousands of tulips bloom for the tulip festival. Each year various kinds of tulips are arranged in a pattern creating a colorful image that changes each year. Visitors are welcome to walk through the rows of tulips and even to purchase of them to take home.

In May iris bloom throughout the town of Kinosaki Onsen and the annual Iris Leaves Festival takes place. In selected bathhouses and some ryokans they will float leaves from the iris flower in the waters. It is said that the iris leaves protect people against evil and improve their health.

If you visit the canal at the back of Kinosaki Onsen or some of the slower running rivers in Kannabe you may also see flickers of light in the night in June if conditions are right. These are the hotaru or fireflies. 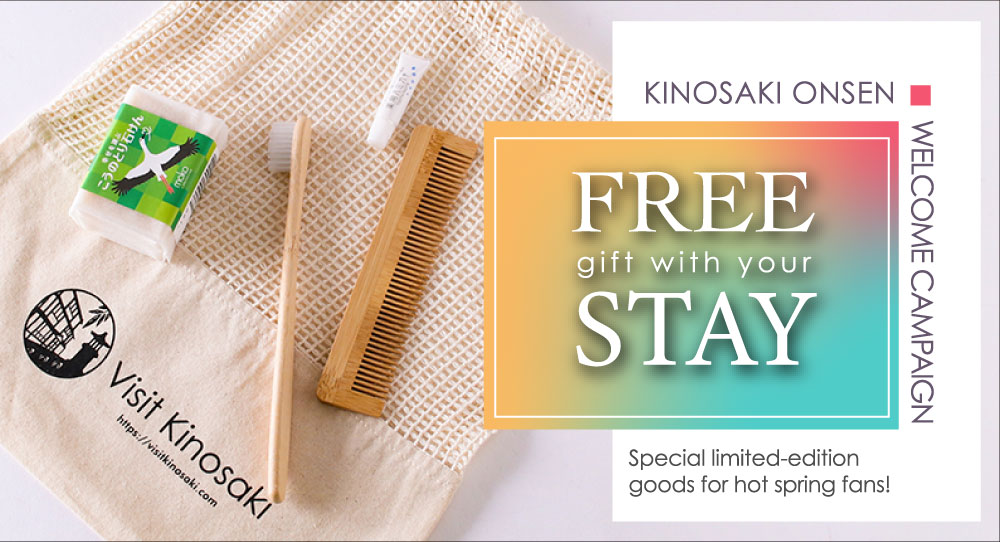